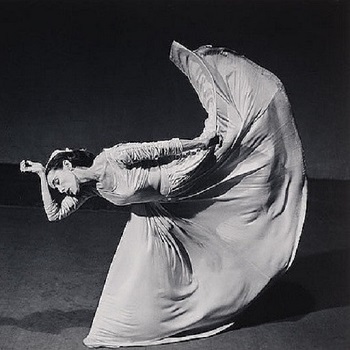 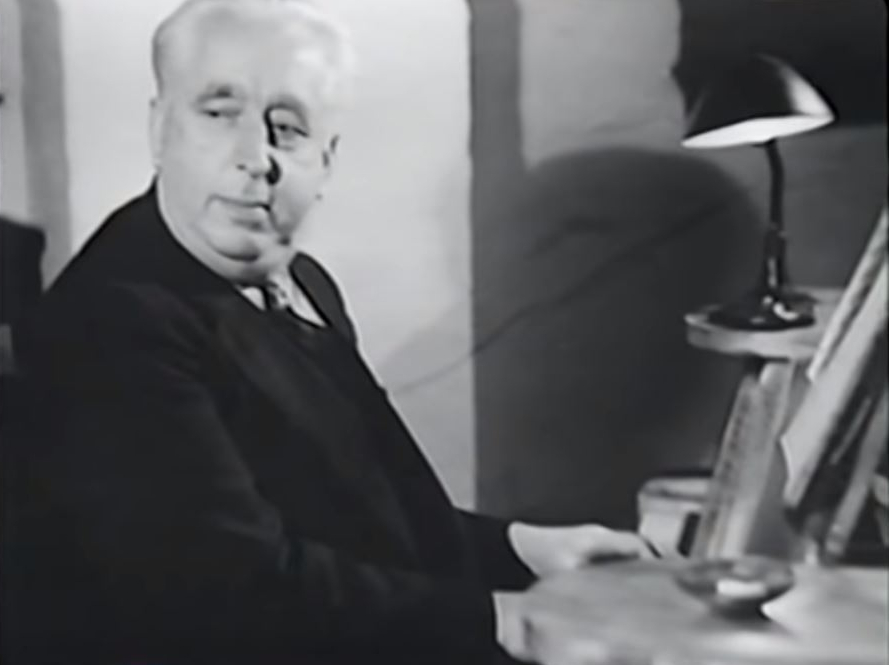 My earliest research of Graham and the musical sections she used for her work led me to Louis Horst (January 12, 1884 – January 23, 1964). Horst served as Graham’s musical mentor, accompanist, composer, and music director from 1926 to 1948. Louis Horst is credited with helping define modern dance choreography.

Horst was a trained pianist and violinist. At an early age, he made his living playing for theatre productions as a pit musician, at casinos, brothels, silent movies, and at resort hotels on the east and west coast and Las Vegas. Horst was not a trained dance musician. However, in 1916, he took a two-week musical director position for the Denishawn School of Dancing touring show where he met Martha Graham. Horst stayed with the Denishawn School of Dancing for ten years, then joined the Martha Graham Company the next year in 1927.

Horst co-founded The Journal Dance Observer in 1934 and gave American modern dance a voice in arts journalism. He served as editor and chief critic until his death in 1964. Martha Hill, the founder of the Bennington School of the Dance, invited Horst to teach dance composition and a music-for-dancers class at the Bennington School of the Dance, which eventually became the American Dance Festival. In the classroom, Horst could be intimidating, bordering on cruel, but dancers considered his courses a rite of passage. “After Hill became the first Director of Dance at the Juilliard School, she later hired Horst to teach composition at Juilliard in 1951, which he did until his death in 1964 at the age of 80” (Orts, 1).

During Horst’s career, he was on the staff of the most notable American schools of modern dance. Horst taught at The Neighborhood Playhouse School of Theatre, New York City (1928–64); Bennington College Summer Sessions (1934–45); Connecticut College Summer School (1948–63); and Juilliard School of Music (1951–64). Horst’s philosophy for his students was that he did not want modern dance to develop without principles of structure. He gave his students a background in such dance forms from the 16th and 17th centuries as the pavane, a dance in a slow 2/4 meter, that around the mid-16th century opened ceremonial balls and was used as a display of elegant dress, and the galliard, a European court dance in a 3/4 meter (Encyclopedia Britannica). In 1937 he wrote Pre-Classic Dance Forms and in 1961 wrote Modern Dance Forms. Horst’s philosophies were challenged by the 1970s and later disregarded by some contemporaries who believed dance required no formal training, use of musical form and included everyday movement as dance. 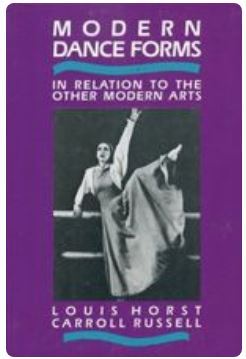 There are few videos of Horst’s composition to musically analysis. As a musician, I can clearly hear the musical influences he gained from his time spent at the Denishawn School of Dancing as musical director. The harmonization in Primitive Mysteries uses open fifths with dissonant polytonality (playing in two different keys). The opening is played using open fifths in the left hand with no 3rd. The right-hand plays a b minor pentatonic scale. Frontier performed in 1935, Horst uses fifths. Frontier has an intended American victorious militant war sound reinforced with a marching snare drum. The piece does not adhere to a traditional song but does have different sections used to change the mood or expression to support the choreography. 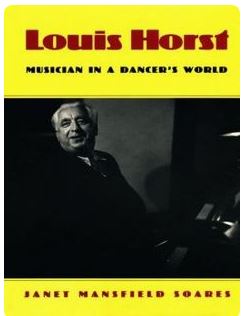 In 1942, Horst’s composed Medusa for choreographer Jean Erdman. Medusa is a musical composition based on Greek mythology. Medusa is harmonically similar to Primitive Mysteries he composed for Martha Graham. Medusa is separated into three different movements; Temple Virgin, Lady of the Wild Things, and Queen of Medusa -Temple Virgin opens with two notes of a tritone interval, the harmonization uses open fifths with dissonant polytonality. In the first section, the left-hand plays an Eb in 5ths with no 3rd, but the right-hand plays the melody in the key of E major (1/2 step up). The open fifths in the harmonies of both pieces give the listener the impression of oriental music; a musical style I believe Horst developed working at the Denishawn School of Dancing. Because there are only excerpts, it’s difficult to analyze the form of Medusa, but I concluded the piece does not adhere to the trinational musical forms of Louis Horst’s teaching.

In May of 1992, Janet Soares published Louis Horst: Musician in a Dancer’s World. Soares was Horst’s (she pronounces his name LOO-EE) graduate assistant at Julliard and archived Horst’s personal music collection with the Kathy Teck Collection at the University of Arizona School of Dance.

In Horst’s collection is music written by other composers. My findings are inconclusive as to whether Horst used these pieces of music for Graham’s classes. The music is not identified as Martha Graham’s works. The collection includes Percy Grainger’s – Spoon River which is an American folk song dating back to 1857. Leonard Bernstein’s Seven Anniversaries, Alexander Scriabin – Poème-nocturne for piano, Op. 61, Igor Stravinsky – Pesante, Karlheinz Stockhausen – Klavierstück III. Horst’s music selections are broadly contrasting in style. Perhaps Horst was using them for his personal analyses.

Louis Horst has been all but forgotten, and today he does not receive due recognition for his contributions to Martha Graham’s works or his contribution to modern dance history and education of music for dance of the twentieth century. However, Horst’s compositions for Graham’s choreography do not adhere to the traditional musical forms of his teaching philosophies.

I concluded his strict teaching of song form to dance students was only part of his approach to teaching music and dance history, and should not be considered a contradiction of his teaching philosophies.